How to Leave a Freelancing Job on Good Terms

It’s great to be working. When you first start out, it’s hard to picture yourself declining paid writing work. But … 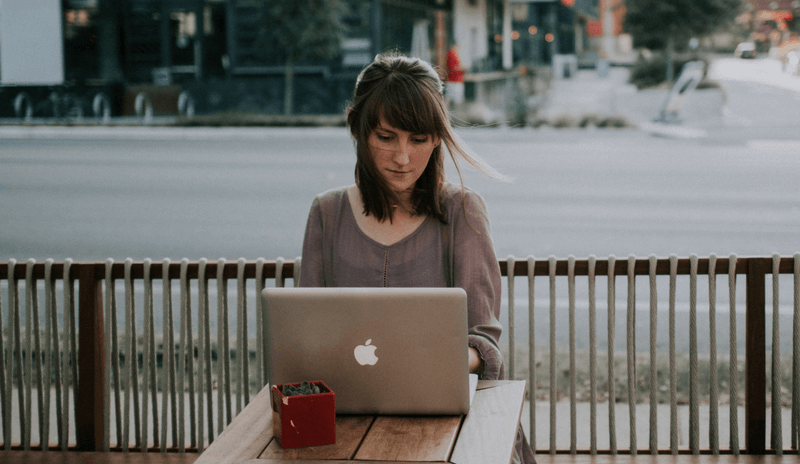 It’s great to be working. When you first start out, it’s hard to picture yourself declining paid writing work.

But sometimes that’s a good choice.

It’s ideal when you realize before you start working that you and a client aren’t the best fit. Contena does a great job screening their listings, but even when something looks good “on paper,” that doesn’t mean you’re the best fit.

If you don’t feel good about a client to start with, either because of rate, the scope of work, your area of expertise isn’t quite a match, or whatever… then you don’t have to take the job.

Saying no to a job leaves you open for other opportunities that might come knocking.

But- what if you felt like the opportunity was a good fit; you were even excited about it, and then…the job isn’t good for you anymore.

If you’re feeling like a writing job isn’t right for you, then it’s possible your client may be feeling the same.

But sometimes, they have no idea that you’re unhappy.

That’s one of the realities of remote work: When your interaction is through email, and if you’re still completing tasks on time and of the same quality, your client may have no idea that you’re unhappy.

Before you say “I quit!”

Rather than jumping ship right away, consider if something can be changed or resolved that might help the situation.

Now, if you’re in a situation where there is blatant disrespect, shadiness, or something you’re just not okay with, then you don’t have to try to work it out.

But generally, it’s best practice to start with communication about an issue.

Communicating with Your Clients

Keep in mind that you only control yourself and bringing up concerns with a client doesn’t mean that the situation will be resolved to your satisfaction, but this is still an important step.

Even if you ultimately leave a freelance position, you can do it in a way that’s professional and doesn’t burn bridges.

If your issue is with an editor, well, those jobs aren’t permanent and you may want to write for that company or site again later.

If it’s the publication that’s dictating things you’re not comfortable with, you want to maintain the relationship with the editor because they may go elsewhere.

It’s important to reach out to the client and check in about what you’re experiencing and that you want to seek resolution (assuming you do).

For example, I am a paid contributor to a blog. When I was first hired by them, they couldn’t pay my normal rate. Given the nature of the opportunity, the ease I could write the posts, and the understanding we’d revisit the rate as the site grew, I agreed to move forward.

However, over time, the scope of the project grew. My rate had been raised slightly, as discussed, but it didn’t match what was acceptable to me for the amount of work that was required.

This is scope creep, and I became frustrated and felt like my time wasn’t valued.

Rather than resigning immediately, I decided to email my contacts to discuss what I was experiencing.

However, before I did, I asked myself the following questions.

I decided to email.

Though there may not always be a favorable resolution (for example more money, or back to the original scope of work), if you’re running into issues with scope, due dates, how communication is happening, or rates, these sorts of topics are good to address before you simply bail.

(In case you’re wondering, in the instance I mentioned, we got to a point where we were all comfortable- no more money was paid but I was able to do my work in a way that protected my time).

What if it’s time to move on?

Maybe you tried the email route (or even a phone call) and things can’t be resolved. Well then, it might be time to fire yourself.

Being let go from a job is typically a terrible experience. Pulling the plug yourself isn’t necessarily easier.

Unless you feel strongly that a phone call is important, a well-crafted email will suffice.

In this sort of email, be clear and concise.

Here’s how you might want to structure an email of this kind (you can use this as a phone “script” too if needed).

Softly lead into your main point- you’re leaving. Try to stay away from language like “I quit”, While I have enjoyed writing for XX, I’ve realized that now is the time for me to step away.

Share a bit about your reasons why. Be careful of going overboard here. Given the additional scope of these assignments and the turnaround time, I can no longer give this work the attention it deserves.

Clarify if any work remains to be done. As we have two more articles in contract, I will complete these as discussed, and with the standard you’ve come to expect.

Close the loop on anything, I will email you by the end of the week with my final submissions and invoice. My records show one unpaid invoice for the last piece I submitted.

Add anything else nice (if you can), I appreciate you hiring me for XX and have enjoyed working with you; If you need assistance finding a replacement I know a couple freelancers who would be a good fit.

If you liked working with the editor but not the publication, consider adding something like, I hope that I’ll get to work with you again down the road.

Close it up, thanking them if you feel it’s appropriate, Take care, and thanks.

Don’t hit send right away. Save it as a draft.

Maybe have someone else review it.

And there you have it, you’ve fired yourself from the job.

Keep in mind that the above “template” may not work for every situation and adjust as needed.

One more point is that if you’re leaving under circumstances where you feel angry, take extra time before sending. Sometimes our anger subsides, we realize there’s more to the story, or it becomes clear there’s nothing gained by sending an angry email.

Take your time with emails like this, even when you’re not feeling emotional, because once sent, there’s nothing you can do.

Being able to handle this part of freelancing well speaks to your professionalism, which goes a long way in this career. Firing yourself from a job isn’t easy, and hopefully you don’t have to do this too often, but as your career evolves and changes, not all jobs will continue to be a good fit.

It’s okay to step away.