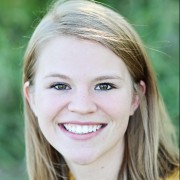 The Freelancer’s Guide to Plagiarism

Ideas getting ripped off, reworked, and reshared; content copied word-for-word and republishing content without permission. What do they have in …

What do they have in common?

And in the digital age, someone will likely catch you if you do it… even if you didn’t mean to.

You might think you understand plagiarism and wouldn’t do it, but plagiarism can be more subtle than you think. As a freelancer, you need to understand what plagiarism is and how to make sure you’re not committing it.

As a writer, it’s important to deliver a quality product no matter who you’re writing for. It’s also important that when you’re doing freelance work, the client understands exactly what they are getting.

And that it isn’t plagiarized.

For both parties, it’s paramount to run an ethical business so that no one finds themselves buried in legal battles or backpedaling over something that could have been avoided.

Because sometimes editors check your work to confirm it’s original, but sometimes they don’t.

They might just trust that your work is original.

And, you might think that your work is your own but you might have actually plagiarized and you didn’t mean to. You don’t realize you’ve done it.

Did you know that in colleges and universities, using your own work for two different assignments is considered plagiarism and will land you an “F shriek” on your transcript? It’s what professors consider to be a recycled work and by legal definitions is self-plagiarizing.

Did you also know that derivative works even with proper citation are also considered plagiarism if over 10% of one’s total writing?

When people are paying you for your words, you need to be able to submit knowing that you have not plagiarized.

Let’s come to an understanding that everyone makes mistakes. And that when you do something without knowing, there’s no ethical issue because it was done in clear conscience.

However, there can still be legal implications.

Just like “Well, I didn’t know” doesn’t work when talking to the IRS for tax fraud or to a police officer who tells you that you were going 30 miles per hour over the speed limit, this excuse won’t be sufficient in the courtroom if you find yourself in a legal battle over copyright or plagiarism.

How to Protect Yourself from Plagiarizing

When it comes to being a freelancer, you need to not only be aware that plagiarism is a potential issue, but understand what it is, and how to avoid it.

It’s kind of like if a child falls on their bike and gets hurt, letting them sit and scream doesn’t solve the problem. It just brings more attention to the need. So let’s put a spotlight on the issue and learn from it, heal the situation, and grow to be better.

Ways You May Have Unintentionally Plagiarized

What’s very difficult in the digital age of consume, save, forget, repeat, is that so many times we’re saving photos to inspire us later and have no idea where they came from. Or, we’re influenced by so many around us to then claim an idea as our own when maybe it’s not fully new or even something we came up with.

Rather, the content is derived from what we’ve read elsewhere.

But if you know you’ve read it somewhere or you’re intentionally using outside sources for your own new piece, not only should you be citing and quoting, but you should stop and ask yourself “could my client have just reshared the original piece with their audience instead of buying from me?”

If so, then it’s time to go back to the basics and write something unique, original, and useful.

If 10% or more of a written article, image, or original work is copied, it’s considered a plagiarism violation.

In general, if someone inspires you, find a way to incorporate them into your own writing and your own creative content. It builds stronger relationships instead of creating more resentment and distrust in the publishing industry.

On a side note, I mention many times to website owners the fact about Calculus being derived in two parts of the world at the same time without the other knowing.

People can have similar ideas and not even know it. But if yours, in particular, is not brand new and was inspired by someone else, go ahead and build a friendship there if possible.

Don’t write the piece as if the work is completely from you.

Unfortunately, I can speak to this on many levels.

Several of my top performing posts have been taken and 100% republished on other sites without my consent. They were not given canonical tags and the offenders definitely didn’t offer compensation.

While Google has gotten more and more intuitive over the years, duplicate content is still something they frown upon.

This is a sneaky form of stealing content and traffic.

Basically, it’s taking someone else’s idea and revamping it for your own purposes. It may mean replacing a few words and ideas here and there to make it “your own” but ultimately winds up being nothing new.

Again, always question if what you’re writing is new, insightful, or more helpful in any way. If not, then it’s find-replace plagiarism and a share of the original article could have been sufficient.

Find and replace content is not the same as originally sharing experiences no matter how parallel they may be. My husband often looks up on the internet how to do a certain job for fixing his car. And then he might write about his experience doing that job, which is not the same.

Find-Replace specifically draws from someone else and takes a main point or ideas and revamps it into something that is their own without providing any outside value or insight.

Therefore, his value and insight is the experience he had, the difficulties and successes, and the commentary he can provide. And most likely, he’s also going to link to the original source.

QUOTING PINTEREST AS THE SOURCE INSTEAD OF FINDING THE ARTICLE

Did you know that Pinterest is a search engine? Yes, it’s actually a visual search engine that is also a social media network.

Meaning, that just like a Google image search, when you find all those awesome ideas on there, they come from other websites. And, you guessed it, are copyrighted. So if you were to be writing a paper on what you read, your bibliography would not read “Pinterest,” it would need to indicate the website.

Even writing a new post about a picture you saw on Pinterest or Google could get you in hot water. Again, an idea or a recipe isn’t subject to copyright, but if you get caught by whomever you’re selling the article to, it doesn’t look like you run an ethical business.

But what is a great business practice?

Working to actually link to the source of your inspiration, project, or where you read it as well as making sure that you’re documenting either your own experiences, a way you modified it, or something that makes it stand out.

Passing on resources that you had to buy or that were free after completing x, y, z is taking away from that content creator’s bottom line. Again, it’s robbing them of the opportunity to build their community or make a sale that feeds their family.

In economics, there’s the idea that “there’s no such thing as a free lunch”. There is always someone making a purchase in any transaction. Therefore, if a publisher offers a freebie as an opt-in, the “purchase” in this transaction is that they are buying their subscriber. The Subscriber is the end product.

What is this important? Because they could have sold their product, but instead they earned a potential paying customer for future paid products.

Therefore redistributing even a paid product winds up stealing from the original owner. It steals ad income, subscribers, and more.

As a freelance writer, it’s important because maybe you are citing a source. But linking to a PDF that’s for subscribers only or otherwise giving readers of your own article a workaround crosses the line.

Do You Know Where the Photo Came From? (And, do you have permission to use it?)

Another big issue for freelancers is that they will pull information and photos to use for a client. Maybe it’s a roundup post and you’ve included a bunch of pictures or a GIF. Maybe you’ve browsed ideas on Pinterest and found a wonderful photo.

Just remember a simple rule of thumb: “If it’s not mine, I’m not free to use it and I’m especially not free to sell it.”

Even if you’re doing a round-up post to sell, make sure that you’re directly reaching out to the people who own the photos that you want to include. Make sure you ask if it’s ok if you can use their picture in a collage and/or in a standalone manner.

How to Check Your Work for Plagiarism

As a teacher, I used “Turn It In”. It’s predominantly for educators, but some institutions outside of schools use it and even require submissions through it. But, if you do not personally have access to it, there are other tools to help make sure you’re on the right track.

As a freelance writer, part of your job is to create content that is not plagiarized.

If you do, even unknowingly, it will likely catch up with you. You don’t want your freelancing career to come to an end because you didn’t understand how to appropriately cite or you were overly-influenced by someone else’s work.

P.S. This piece is a derivative work of my own article on plagiarism. How’s that for irony?

P.P.S. It’s ok, and is not plagiarism, because it was discussed previously before publishing this new article.