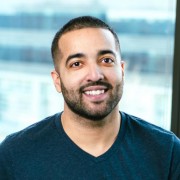 How to Change Your Mindset to Earn More Money

In the late 1800s, after the invention of the steam locomotive earlier that century and the signing of the Pacific …

In the late 1800s, after the invention of the steam locomotive earlier that century and the signing of the Pacific Railroad Act of 1862, the railroad industry exploded.

But only a few decades later, the railroad industry was in trouble. Between 1945 and 1964, rail passenger travel declined a stunning 84%.

Only through government intervention, several bankruptcies and mergers, and the disappearance of dozens of minor railroads was the industry able to stabilize. The sector is still trying to recover from its mid-20th century slump.

What happened? Most people would point to the rise of the passenger automobile, and they wouldn’t be wrong.

But there was another, more important factor at play: railroad companies got confused.

Tycoons like Cornelius Vanderbilt were making billions of dollars in revenue. Feeling invincible, they imagined the railroad business keeping their families wealthy for many generations to come.

What they failed to realize is the same thing that keeps many freelance writers from breaking through to the next level.

They forgot what business they were really in.

You’re not a writer

After all, this is a community for writers, on a site about finding writing jobs and creating a writing career!

What I mean is, your current and potential clients aren’t paying you because they value the art of writing, think you are a great person, and want to support you pursuing what you love.

They are paying you because they have a business objective that needs to be achieved through writing.

For decades, companies have discovered that copywriting can make the difference in whether a product succeeds or fails.

So as a writer, while you might be a really friendly person who people love to work with, that’s not what will determine the success or failure of your career.

Your longevity as a writer is determined by your ability to help clients meet their business goals with your work.

Now, that’s not to say all the other stuff doesn’t matter.

In a situation where two writers are equally proficient at helping a client attain their desired outcome, the client will usually choose the one they get along with or feel more comfortable speaking to.

That’s why your website, communication, and capability to concisely communicate your value are still important.

But too many writers get bogged down in the idea that they’ve got to write a very specific way, include only one particular type of work in their portfolio, or make proposals a certain color to be successful.

In reality, the focus should be first on the client. Everything else comes second.

The piece was a smash hit, and Levitt went on to become one of the most famous names in business management and strategy.

The entire article is worth a read, but its essence is expressed nicely in this quote:

The big irony here? Companies – and freelancers – that understand the core principles behind marketing myopia actually end up earning more money as a result.

Why some freelance writers struggle and others thrive

Have you ever thought about how some writers get paid handsomely, while others barely scrape by?

How can some people charge hundreds of dollars for a single blog post, when others charge a tenth of that?

Yes, in some cases, the work from the higher-priced writer is 10x better.

There are plenty of talented scribes getting underpaid for great work.

So what are they missing that the uber-successful freelance writers have figured out?

High-paid freelance writers (and designers, developers, etc.) know how to price themselves on the value they bring to their clients, not their work.

The collective hours billed by the company’s individual team members working on the redesign probably weren’t worth anywhere near that much.

But Pepsi is a massively influential brand. The soda is responsible for over $1 billion in global sales per year.

That means if the logo redesign improves the sales of Pepsi by just one-tenth of a percent, they’ve already earned their money back.

It was priced based on its value to the customer, not on the work being done.

What to do next

The concepts mentioned here may feel a bit abstract. Here are some concrete takeaways:

For further reading on this subject, check out Brennan Dunn’s stellar article entitled, Why Your Clients Want You to Charge More.

Once you realize the true value of your work as a writer, the sky’s the limit for your earning potential.